On September 25, an exclusive group of 100 industry leaders, executives and visionaries convened on Riverside Farm, home of Joe De Sena of Spartan Racing, to brainstorm and develop a plan to make healthy the new normal. We're called The 431 Project.

The theme of the event was “What would I tell my 15 year-old self?”

What would you say?

For 2.5 days I listened to people give their version of a Ted Talk, all with the end result of helping kids be healthy. There were topics ranging from emotional issues, virtual world races, raw food diets, sit-stand desks in classrooms and how to raise little superhumans (eating boogers isn't so bad after all?) 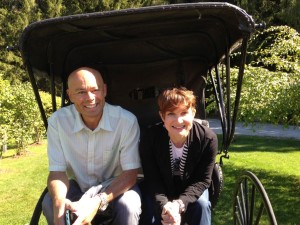 Ben Greenfield, 2013 NSCA Personal Trainer of the Year and 100 Most Influential People in Health and Fitness

I brainstormed and met with: 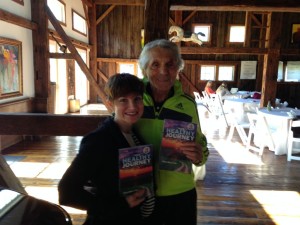 Dr. Fred Bischi – 85 y/o Clinical Nutritionist who has been experimenting with a raw foods diet for 50 years.

Topics of the talks included:

I'll be linking to some of my favorite talks via social media in the next few weeks. I'm psyched to be part of the inaugural event and can't wait to move forward with some of the dynamic people I met to put plans in place. If you're interested in being part of next year's event give me a shout!

So what would I tell my 15 year-old self?

Stop spending so much energy on boys.

If you don't like the sport, go ahead and be grounded for the season. Do what you like instead, even if you can only dance in your bedroom. Someday you will be an Ironman, Ultrarunner, Ultra mountain biker and hoopdancer.

Don't be a brat to your Mom. One day you'll like hanging out with her.

So tell me, what would you tell your 15 year-old self?

As a busy person with a lengthy task list and not enough time in the day, do you wonder what it would take to finally check that last box?