Pausing and starting life after a diagnosis.

When you were diagnosed with your autoimmune, stress-related illness or chronic disease, did you say Why Me?

Did you put your life on pause to reflect and figure out how to fight or manage it or did you stick your head in the sand so deep that you may as well not even be diagnosed at all?
Several of my clients have a stress-related disease or illness to include hypertension, migraines, digestive issues, depression, anxiety, insomnia and disordered eating. Some also have autoimmune diseases that include Hashimoto's, Sjogren's, Graves and Lupus or the lifestyle and hereditary diseases of diabetes and high cholesterol.

Admittedly, a few buried their heads up to their shoulders in that sand. Here were some of the excuses I heard:

I'll wait until it affects my work.
It's too overwhelming to figure it out. There is too much conflicting information.
I know someone who has worse labs, numbers, weighs more, etc. than I do.
I prefer to fight through it.
My grandma lived to be 92.

We can't rely on the fairies to save us. We can't compare down and think that because someone else has worse numbers, weighs more or takes more sick days, that we are in some way healthier. Your grandma also didn't spend a lifetime eating processed food and sitting on her butt 12 hours a day.

Give it a name. One gent that wrote to me said “…I have the Hashi's. Abbreviate that shit because it deserves it.” It made me laugh, but I loved that he gave it a nickname. The guy who told me Hashimoto's Disease sounds bad ass had no idea what it was when he said that to me, but I took it and chose to see it in a different perspective. It could have a boring name or worse, be something that people over the age of 60 and under the age of 60 pronounce differently – I'm talking to you Diabetus/Diabetes (does anyone else cringe when they hear someone say diabetus?)

Learn about it. Find a competent doctor, which may not be your own. They all have their specialties. I had gone to three endocrinologists before I found one that believed that nutrition and lifestyle played a significant role in managing my issues. Also, don't just go by what your friend, mother or colleague says to do. Research changes and what was the standard of care two years ago may be completely different now.

Embrace it. Find something positive about it. Mine made me more empathetic and self-aware in a different way than I was before. I have a client with PCOS who said the same thing. She's young and already feels like she has experience that other people her age have missed out on.

Do something. As Tony Robbins says “Knowledge means shit if you don't do anything with it.” When people ask me if they should get genetic tests like 23 and me, which I have done, I ask them “When you get the information, are you going to do something with it?” If not, don't bother.

One of my clients, Kendyle Woodard, battled her own chronic health issues. Here is how we got her back on track. 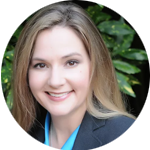 I was nervous at first because Marcey intimidated me as she was one of the fittest people I had ever seen. But, I was hopeful at the same time after I heard what she had to offer and thought that Marcey would be the right person to help me with my goals of improving my health, losing unwanted weight, and maximizing my productivity at work so I could enjoy my life more. So, I bit the bullet and called her. It was one of the best decisions I have ever made.

At the time I met Marcey I was struggling with a genetic health problem, unhappy about being 30 pounds overweight despite always being on some sort of diet, and working too much – all which led to terrible stress. After our first session, the intimidation was gone, and I was confident that Marcey had the right plans to help transform my life by taking charge of my health and developing positive habits for work, exercise, and stress reduction.

I knew this transformation wouldn't happen overnight, but I was at the right point in my life to tackle the challenge of taking my life back, so Marcey and I worked for several months focused on health and productivity. We were able to find new, competent doctors to manage my health issue and added daily meditation to reduce stress. When I was well enough to begin an exercise program, she let me know it was OK to start off small and grow into more challenging things as I felt better and stronger. In four months I lost 25 pounds and felt healthy for the first time in years. At work, my productivity soared as we routinely implemented new programs and habits for success. I was confident in my new found productivity that I no longer allowed anyone to dictate how I should work. And yes, I do work less and play more now!

I'm back to a way of life I once had, but even more enhanced, and I intend to keep it up. In my case, I needed someone to help develop plans for my particular problems, set goals, encourage me, and hold me accountable – that person was Marcey, and I would recommend her without hesitation.

No health issues? Lucky you! Forward this along to a friend or colleague that might benefit.

I recorded a free webinar on How to Work Well and Play More with a Chronic Illness where I talk about my Top Three Ways I manage my disease. Interested in watching? Click here.